"My son participated In this camp. Very organized. The speeches the coaches and guests
​made to the kids were fantastic. My son cannot wait to go back. Thank you!" Shauna
​Boston Bruins Alumni and NHL Veterans David Jensen, Glen Featherstone and other hockey legends will be the coaches at the ideal skills clinic for your young athlete. This is an all-around development clinic featuring a comprehensive, well-balanced program of on-ice instruction.

Our total skills sessions will focus on improving the fundamental skills that make a complete hockey player. DAJ's certified staff and Pro Hockey instructors will teach skating stride, edges, puck handling, shooting, passing proficiency and overall hockey competency. Our approach for teaching these skills will be challenging yet fun. Players will be introduced to fresh drills and techniques that will make them better all-around players

There will be a special emphasis on skating

Skating is the foundation of our game and we have put together an opportunity that focuses on all aspects of skating. 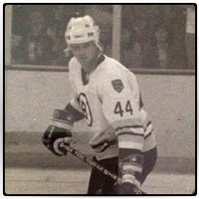 David A. Jensen
After a brilliant schoolboy career at Belmont Hill HS and Lawrence Academy, David A. Jensen was drafted in the1st Round in the 1983 June NHL Entry Draft (20th Overall) as a 17 year-old by the Hartford Whalers.
​
A key member of the 1984 USA Olympic team. Played Left Wing on the “Diaper Line” with Pat LaFontaine and Eddie Olczyk and finished second on the team in scoring with 22 Goals and 56 Assists in 61 Pre Olympic Games and added 5 Goals and 3 Assists in 6 Olympic Games.  On a team loaded with future NHLers, Jensen was rated as the team's fastest skater.
​
A member of the MA Hockey Hall of Fame and a certified USA Hockey Director, Jensen played 8 years of pro hockey with the Hartford Whalers, Washington Capitals and the Boston Bruins Organizations. 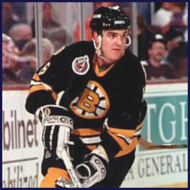 Featherstone was drafted 73rd overall by the St. Louis Blues in the 1986 NHL Entry Draft and made his NHL debut playing for the Blues in 1988.